Almost every afternoon I find myself preparing one child, or another, for a test. Between the three of them I figure they have something in the range of 8-12 tests a month. Those numbers might be tenable to this weary parent if my children could prepare for these tests on their own, but the raw reality is that their success is directly related to my stepping in and helping out, whether by literally sitting with them or simply by reminding them to open a book! I must admit that I don't face this task alone. In fact, I benefit from the assistance of a fantastic private teacher without whom I could not cope. Despite having a decent knowledge of Hebrew there is simply no way that I can prepare my children on subjects ranging from geography, to bible, to citizenship. I passed the buck on this responsibility by the time my eldest was in 4th grade; the terminology was simply beyond me.


Nevertheless, I'm still faced with organizing this whole test circus. And it is a circus. Every week we look at their exam schedules, carefully printed out and posted on their individual bulletin boards, and exhale a collective groan. My exasperation comes not only from considering how much time I will need to spend reminding them to study and checking that they've done it, but additionally, dealing with the strained relationship that is the obvious result of all of this nudging. Perhaps worst of all, is the fact that I seriously wonder if this is all necessary. 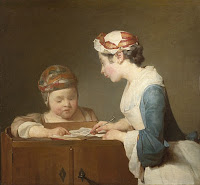 The debate concerning whether or not students should be given tests, or maybe better put, what these tests actually achieve, is endless. Educators are split on the subject and opinions change according to current fashion. There are those who staunchly believe one can measure a student's knowledge, effort and achievement only through testing and those who suggest that tests are unnecessary and in fact, measure very little. My own opinion, after 15 years teaching both primary, secondary and university level students, is that tests frequently fall short of really "testing" one's knowledge. Even more significantly, their over usage, especially within elementary school, frequently comes at the expense of the students' education. With so much time spent preparing students for tests, when do teachers actually have the time to teach!
I had the good fortune to attend an elementary school where there were simply no tests--none at all. And I can firmly state that it didn't make one iota of a difference. In fact the opposite, we actually had time to learn! Forty years down the road I still remember how we were taught through experience, action, cooperation and a lot of reading. The fact that we devoted all of our energy to learning material, instead of preparing to be tested on it, actually advanced our education.
I'm not suggesting the elimination of tests, but rather, their redesign. During my tenure as a university professor in Israel I continually sought better ways to measure the achievement of my students. Accordingly, over time I moved away from slide identifications and short, information-seeking questions determined to test raw knowledge and rote memory and replaced them with take-home exams, composed of two or three essays that demanded thought and in-depth analysis.
Continually frustrated with the emphasis on results within the Israeli educational system I frequently read up on what's happening within the same arena in my native America. Just last week I was surprised to learn that the new chief accountability officer of the New York City Department of Education, Brown graduate Shael Polakov-Suransky, actually considered tests to be a necessary measurement tool. The New York Times (Fernando Santos, December 13, 2010) cited him as stating that without them, “how do you know that the kids are learning?” This was unexpected in light of the fact that his professor at Brown, one of the country’s most prominent education-reform advocates, Theodore R. Sizer, had promoted the opinion that teaching and learning ought to be assessed through observation, projects and ways other than testing. Perhaps Polakov-Suransky's policy was a response to the use of assessment tests to measure progress that has been a central part of New York Mayor Bloomberg's education platform.
Nevertheless, with a significant nod toward his Brown education, Mr. Polakow-Suransky suggested that tests be redesigned to include essays and classroom projects that would insure a greater emphasis on writing and critical thinking. Within this framework even mathematically-oriented questions will involve a certain degree of written explanation, in some cases, through application to real life situations. Depth of thought process, creativity and writing skills will replace ones based on rote memory. For the record, this week the Israeli press (תומר ולמר, ynet.co.il, December 15, 2010) reported a revolutionary change in the annual university entrance exams. Additional essay sections will replace those devoted to obtuse Hebrew vocabulary, emphasizing writing skills that reflect thought, organization and processing of information over the demonstration of raw, rote memory.
These policy changes suggest that the ailment is less the tests, per se, and more what they are designed to measure. Maybe I wouldn't groan so much if I actually thought that all of this preparation at home was contributing to the overall education of my children, instead of being at their expense. But these concerns will have to wait. I'm really quite busy. I have to prepare my daughter for a test on fractions while drilling her on how, precisely, the prophet Samuel went about crowning the first Israeli king, Saul—and this while constantly poking my head into my elder son's room to check if he has prepared for his forthcoming tests in Life Sciences and Grammar.
Posted by Caroline Goldberg Igra at 6:52 PM