I considered leaving Professor Amy Chua alone. After all, her recently published bestseller, Battle Hymn to a Tiger Mother, has provoked an endless number of responses in the form of articles, blogs, reviews and round table discussions and it's just quite possible we've read enough. But the temptation to respond to her particularly scorching style of mothering is too great to pass up. After all, I too am a mother, a writer, a professional and a highly educated woman with great aspirations for my children. Therefore the question is: Where do I stand on the issue of tiger mothering?

First of all, I'm a bit bothered by the "tiger" label. Chua's style of mothering seems far more "dragon-like". Her tirades, noted graphically in her book, currently #5 on the New York Times bestseller list, evoke images of the fire-breathing Hungarian Horntail dragon taken on by Harry Potter in his quest to win the Triwizard Match. Not that there's anything wrong with being a dragon mommy every now and then--especially those mornings when the clock is tick-tick-ticking and absolutely no one is moving an inch. Typical scenarios include my ten year old daughter, standing in front of the mirror, brushing her hair for such a long time that there is no hope she'll move on to her teeth and my fourteen year old son still in bed, 10 minutes before the bus pickup time, suggesting that his older brother (always dressed, ready and looking innocent) super glued him there. Although fairly random, all of the aforementioned examples end with the entrance of Dragon Mommy. Just ask those in the know.
Professor Chua, however, takes the cake in this department. Her punishing brand of mothering goes beyond all limits, not because of its severity (no sleepovers, no computer, no television, no play dates, public shaming, insults…just to name a few regulations on her docket) but because it is based on the belief that, in her words, "academic achievement reflects successful parenting." Her book clarifies that when children do not excel there is "a problem" and parents are "not doing their job." Having been raised within a Quaker school system where competition, albeit existent, was seriously downplayed, the thought of punishing or even scolding my children for not getting a high enough grade on a test, or not performing to perfection, is unthinkable. That doesn't mean that I don't let them know when I'm disappointed, but this reaction would come from my perception that they didn't try hard enough, never from an expectation that they should have gotten a better grade.

There's no question that sometimes I feel I've swung way too far over and become a Cub Mother--gently nudging my children in the right direction, hoping that they'll find their way to achievement by both caring about their work and trying to do the best they can. Although this makes me sound somewhat irresolute, I stand behind the conviction that success (academic, personal or athletic) is something that no outside source (parent, teacher, or school) can determine for them. Insisting children do well seems to me a form of intimidation that I have always hoped to keep out of parenting.  After all, who determined that they must do well? And if they don't do well on an eighth grade science test, for example, does that mean that there's no hope for future success? Does achieving "all A's" in school assure later happiness and career fulfillment? We all know personal examples that disprove these assumptions.
I actually like the Cub mother concept--it seems gentle but firm. It also suits me a bit more than the Mouse Mama designation that my friend Sarah (also responding to the hoo-hah over Chua's book) assigned to herself this week--aspiring mostly to be the "good-enough-parent-most-of–the time" variety. Knowing this particular mother I can state that this description definitely sells her short and I invite her to join me in the cub mothering category. But Professor Chua would scoff at both of our labels and just throw us in the bin with those, so-called, Disney moms. Her description of Western mothers as soft, overly-accepting, too interested in feelings and basically wishy-washy, is simply insulting. At least in my case, there are absolutely no little animated bluebirds fluttering around my head and no nauseating little tunes accompanying me on my merry way as I negotiate three children, a husband and a dog through a typical day. I am not overly sweet, nor so focused on my children's happiness that I quietly accept their average achievement. I am not a pushover and I make a lot of decisions in the house that my children resent. I am not trying to win a popularity contest--just ask my son Daniel who is currently being weaned from his computer! I'm sure that he could come up with a few choice expletives to describe his mommy this week if given the opportunity. That being said, I much prefer the situation where my children actually "like" me and think I'm on their side, to that where I assume the role of the mean ruler cracking the whip. 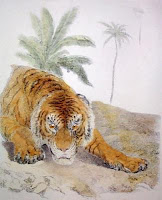 Unlike the Tiger Mom, who has mainly professed interest in results, in what happens at the end, I am interested in the process of getting to those results. Standing over my kids with a sledgehammer (and considering what I've read about Professor Chua this isn't entirely beyond the realm of imagination) just doesn't seem right (not to mention legal). Her style of mothering, so publicly aired, has brought back a lot of memories for those of us who well remember Mommie Dearest. The terror Joan Crawford waged on her daughter, exposed in Christina's written memoir (also a bestseller) and eventually a juicy film, is not something easily forgotten—especially as I still use wire hangers!  So, without beating a dead horse, although there was apparently a real chance of Chua doing the same to her dog when it didn't perform up to expectations, I will stand by my choice not to punish for coming up short; not to berate for failing to be the top of the class; for eventually letting it go when one of my kid's performance is just…."mediocre". At the end of the road I want them to learn to find their own way to success and the consequent satisfaction that comes with that.
Authoress and mother of four Ayelet Waldman addressed exactly this missing aspect of Chua's methods in an article in the Wall Street Journal titled, "In Defense of the Guilty, Ambivalent, Preoccupied Western Mom." Writing in great admiration of her daughter's battle with dyslexia, Waldman marveled how "She climbed the mountain alone, motivated not by fear or shame of dishonoring her parents but by her passionate desire to read. She did it herself, without us, and it is no exaggeration to say that we were and remain stunned with pride." The fact that the impetus for her daughter's effort, travails and eventual accomplishment came from within herself, cannot be overstated. I am currently experiencing something similar as my elder son, a greatly gifted child who wallowed for years within the Israeli school system as a "B" student, has begun to realize, capitalize on, and fulfill his own potential—not only achieving excellence but, more significantly, truly understanding his abilities. Goals, desires and interests cannot be foisted upon us by someone else. Within this premise, the process of growing into one's own skin, nudged along in the right direction here and there by, shall I suggest, a cub mother, is just as important as the prizes one gains along the way. How can we expect our children to fulfill their own potential if they're busy satisfying ours?

David Brooks takes on another lacuna within Chua's mothering head-on in a New York Times Op-Ed provocatively titled "Amy Chua is a Wimp." Smashing to pieces her focus on academic achievement at the expense of all social activity, he berates her for protecting her children from these equally intellectually demanding activities and for misunderstanding what's cognitively difficult and what isn't. "Practicing a piece of music for four hours requires focused attention," he writes, "but it is nowhere near as cognitively demanding as a sleepover with 14-year-old girls. Managing status rivalries, negotiating group dynamics, understanding social norms, navigating the distinction between self and group — these and other social tests impose cognitive demands that blow away any intense tutoring session or a class at Yale."
In a previous piece I took a crack at Chua's ban on all forms of outside entertainment, distractions from the march to success that would not be tolerated. But even then I admitted to some measure of envy—not so much for the accomplishments of her children as for her belief in her methodology. Chua's book exudes self-confidence. She knows what she's doing. Her choice to be known as a Tiger Mother is meant to reflect all the power, strength and force associated with this animal in Chinese culture. I, on the other hand, inch my way forward day after day; hesitating, lunging, stepping back, and then diving into the frigid water in a kind of drunk, parenting dance. What I wouldn't give to just plow forward, head held high, eyes on the prize, confident that every move was the right one! Unfortunately part of parenting is not having all of the answers. In fact, it's mostly about learning as you go along, exploring the possibilities along with your children, and receiving enormous satisfaction when you hit the bull's-eye. And what exactly is the definition of "bull's-eye"? Well, this wishy-washy Western mother wouldn't dare to try to define that for any other.
Posted by Caroline Goldberg Igra at 11:08 AM