Japan. How could I miss writing about what happened there? How could anyone try to push the thought of all that destruction to the side and write about anything else? Having decided to describe the indescribable, how does one find the words?  Then again, how does one not, when there are so many ways to describe disasters: catastrophic, unbelievable, apocalyptic, surreal, horrifying, extraordinary, tragic, painful….I teach non-native English speakers a range of adjectives so that they're better able to describe their emotions, yet the litany of words that come to mind when faced with the hell waged by the tsunami barely starts to describe what happened there two weeks ago and still presents daily life-threatening complications. Maybe it's just simpler to go with something plain and accurate like "awful".
We so take for granted the comforts of our lives; the fact that we can open our eyes in the morning, crawl out of bed, make ourselves a cup of coffee, check the day's news (in print or on the screen) and begin again. But what if one day that daily rebirth was disturbed--and to the degree where it might not ever return to what it had been. I remember having the same thoughts back in 2004 when a tsunami in the Indian Ocean wrecked havoc on numerous Asian countries including Sri Lanka, Indonesia, India and Thailand, claiming almost 250,000 lives. At the time, although obviously recognizing the tragedy of loss, I didn't relate personally to the affected communities; primarily less cultivated coastal areas, they seemed rural and remote. But this time we're dealing with contemporary Japan.

I visited Tokyo in 1980 and was stunned by the high-rises, the neon lights and the cutting-edge modernity so similar to what I knew from that other modern behemoth up the road from my native Philadelphia: New York City. The charming little pockets of history my parents and I toured were just that, pockets. A golden temple here, a silver one there, an absolutely pristine lake abutted by a carefully planned and raked rock garden and a collection of well-behaved deer; all being gently squeezed by the encroaching and unstoppable growth of the modern cities around them. Most impressive to me were those ultimate signs of technological development: the ultra-modern subway system and the impressive Bullet Train (Shinkansen). Dating back to 1959, this lightening fast train vastly pre-dated any such competitor in the United States. The Acela didn't arrive until 2000! I was overwhelmed by the tick-tock perfect way that everything seemed to run in Japan; from the way one lined up at a designated spot on the platform only to have the train door magically open right at your toes (no desperate search right and left to see which entrance was going to be easier to negotiate) to the ultra efficiency found in the simplest transaction at Takashimaya Department store, each salesperson fully attentive to making our shopping experience flawless and smooth from start to finish. I loved the appearance of those thin cookies wrapped in pastel-colored crepe paper, so perfect it almost pained us to open them up and dig in.

Japan wasn't Sri Lanka and if this could happen there, than why not here? Perhaps my situation was just as fragile. After all, our house is situated approximately half a kilometer, as the crow flies, from the Mediterranean Sea. That's nothing for a tsunami. But just how many meters above sea level did it sit and would that be enough? Following my thought process as we sat glued in front of the international news that first weekend my husband allayed my fears: "We're high enough". I exhaled a sigh of relief; of a sort. How can one truly sigh in relief when one recognizes the fragility of existence?  It doesn't take much to change the course of a lifetime, or even cut it short entirely. We probably don't take enough time to count our blessings. Maybe Mother Nature comes around cyclically in order to remind us who's boss. Dealing with their own share of natural disasters, eighteenth century modern landscape painters attempted to not only capture the overwhelming power of nature, but even more significantly, remind us of man's relatively minimal role in determining his own future. Their imagery of avalanches, volcanic eruptions and wicked storms at sea were peopled with tiny figures fleeing, screaming, hiding, crying--doing just about anything to escape their inevitable end.

As an art historian I've had many opportunities to describe the particular fascination with natural disaster dating to the dawn of the modern period. Faced with the destructive proof of nature's power and the simultaneous discovery of scientific ways to harness nature's gifts to our own modern needs, including the invention of gas lighting, the telegraph, the steam engine, the printing press and the sewing machine (to name only a few), artists struggled to capture the extensive range of emotion expressed with the means of a brush. Their imagery attempted to describe the indescribable: the experience of man unprotected, powerless, and afraid while concurrently filled with awe and wonder.
The endless imagery of the tsunami broadcast throughout the world appropriately depicted its commanding approach. Any one of the videos capturing how it swept ships into and through villages, eventually landing them, as if with the coordination of a sophisticated control tower team, on the tops of houses, gave evidence to its supreme domination. But amongst this imagery are far fewer signs of the incomprehension, disorientation and terror we might have expected from the Japanese population. Instead, in the face of what will be remembered as one of the worst natural disasters of the century, we find calm, acceptance, resignation, patience, fortitude and even peace. Maybe this is just a façade—but just maybe it indicates a different manner of coping than that we're acquainted with in the Western Hemisphere. Maybe in the East people are educated to deal with the cards dealt to them instead of constantly expecting everything and everyone to march to their beat. Nicholas Kristof specifically commended the selflessness, stoicism and discipline exhibited by the Japanese people during this crisis in his New York Times op-ed, deeply impressed by the manner in which they have dealt with what is nothing short of a life-threatening crisis.

The recognition of fortitude and determination amongst the Japanese people isn't unforeseen in light of their particular devotion to a dog that was known for his fidelity and resolve. One of Japan's most beloved sculptures, located in Shibuya, is devoted to Hachiko, a dog who met his master at the train station daily as he returned home from work. The story goes that one day his master passed away and didn't alight from the train as expected. Hachiko's steadfastness and devotion never wavered; until he himself died ten years later he waited, day after day, at the station for his master's return. The national admiration of this mythic dog's loyalty, perseverance and sense of duty indicate much about the values respected by the Japanese.
There is no question that Westerners would benefit from adopting some of the self-discipline noted amongst the Japanese in Christopher Beam's clever assessment of why there's been no post-tsunami looting. And we could definitely learn from the strength and survival techniques they've exhibited as well as their tendency not to whine. The Harvard Medical School Health Report just released a study that found that 40 million Americans suffer from some form of anxiety or phobia. 40 million! That's a fairly large number of people walking around worrying! As they report, "From personal issues to world crises, economic challenges to challenging relationships, stress has become a common part of our everyday life. Some individuals manage to cope and keep things in a healthy perspective. For others, these challenges can result in unhealthy reactions like anxiety, depression, and even addiction." 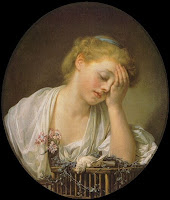 The existence of such enviable qualities amongst this Eastern culture may have something to do with their awareness that in the end, it's not about them; that in the end earthquakes and tsunamis are simply a reminder that life is what you make of it. They have been dealt a bad set of cards and now they have to cope with them. If they play it right they'll be lucky to get a better hand next time. I personally have much to learn from them. Just this past week, I lost internet access in my house for almost 24 hours. At one point, while trying (unsuccessfully) to connect at the home of a friend, her son suggested I resort to a carrier pigeon. When he walked out of the room I burst into tears. This literal outpouring of emotions, which lasted all of 4 seconds, prompted me to fortify myself, "buck up" and realize that the situation was ridiculous. Sitting at my friend's kitchen table, while she entered a stream of codes into my computer, none of them achieving their goal, I thought about the tsunami victims and the present levels of life-threatening radiation in the Japanese environment. How sobering. What a way to slam reality back in my face. I closed the cover of my laptop. "I'm finished here" I said. "Thanks so much, but I'm going home. I'll figure it out later". 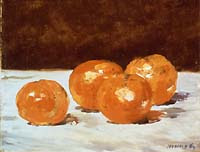 I'm reading Philip Roth's Nemesis at the moment, a beautifully-narrated description of the polio epidemic and one small Jewish neighborhood in Newark back in the summer of 1944. It was recommended by my mother who thought I'd appreciate understanding both the fear, and first-hand experience, of polio my parents lived through way back when. This mysterious disease moved through tidy, well-tended neighborhoods like a wave, claiming many young and healthy victims in a very short time. Its effect was much like that of an earthquake or tsunami, coming from nowhere and wrecking havoc. In one scene the main character, a young gym teacher in charge of maintaining the neighborhood playground and organizing sports activities for the local children, considers folding up shop. The force of nature and man's lack of power to control it overwhelms him. A few moments later he recalls the succulent, sweet peach he ate a few days earlier and decides to keep this all-important community gathering place open. Life needs to be lived despite, and in spite of, nature's whims.
Posted by Caroline Goldberg Igra at 9:09 AM