This blog has been delayed a few weeks. Originally I wanted to write about how the Facebook generation's communication, i.e. people, skills are crumbling. But soon after I began to write I was sidelined by some very difficult news. All of a sudden there were no words—nothing I could say, let alone write. This lasted for several days. I couldn't figure out how to express what I was feeling. A few outrageous comments, ones I immediately regretted, popped out, but that was it. And then the wind shifted and my old friends returned to help me recover some of the balance I'd lost. Although they haven't taken away the pain, words have helped me deal with it. 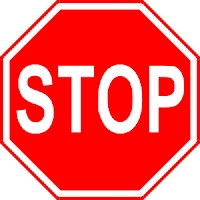 How does one react when told something which changes their life forever; when everything comes to a screeching halt? Faced with truly life-changing moments we are left to sort through our feelings and form some kind of verbal expression. While some of us are ready—poised to jump in with a why or how or what--others are struck silent. 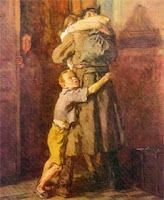 This got me thinking. What happens if we can’t find the right words? Can we cope with upsetting situations without them? This whole issue became relevant when I shared my news with my three children. While this wasn’t the first time I'd had to tell them something difficult or sad, and pretty much capped off a year full of hard-to-fathom conversations, this particular one was the kind that throws a STOP sign in front of you. I braced myself for their reaction.  While my daughter was quick to express herself, crying, making comments and asking questions, my sons pretty much clammed up. After shedding their own tear or two they swallowed hard and shoved all their emotion back into a more manageable and less accessible area of their hearts.
I take no issue with their decision not to exhibit sorrow; it may be due to their generally sunny dispositions or their discomfort with emotional situations (a subject upon which much ink has been spilled in studies devoted to adolescent boys). There are certainly occasions when words simply won't capture what we're feeling; where we're struck speechless--where hugging goes a long way. I myself had difficulty speaking, let alone breathing during our conversation and welcomed my children's embracing arms. But when I came up for air I was flooded with thoughts, things I needed to express. The words formed rapidly in my head, spilling out over close friends and family during the course of a few days, working their magical healing power.
My concern is that my sons' reactions reflect an inability to find the words to express their pain. Although no one response is better than the other, figuring out how to string together those little black letters to express what we're feeling can help us delve into the meaning of what’s going on, an important part in coping with it. What if this means of rescue, which had so helped me, wasn't available to them? 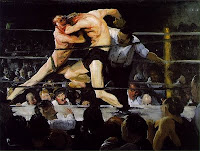 My thoughts on this subject come on the heels of watching them pummel one another over the past calendar year; not only pummel, but also hug, in a "half Nelson" kind of way. Although there might have been a split second back when it all began that I thought this was a sign of anger or frustration, I’ve come to realize that those emotions do not play any part in their routine. In fact, this physical aggression is, as far as I can tell, a sign of their love and devotion to one another. How am I sure? A. they only pummel their best friends or each other and B. this action is frequently accompanied by cooing sounds. Their intention is clearly not to hurt but rather, to connect. This physical tug of war is simply their way of expressing themselves; albeit a bit too Neanderthal for me.
Another part of the picture emerged about a month ago during a conversation with another mother in my community. We were commiserating over the fact that our children, as far as we can tell, despite being buddies since fourth grade (seven years and counting) almost never meet outside of school and don't seem to talk. Joan Rivers' famous line was ringing in my head.  We weren’t concerned about the boys in any general way, in fact they are part of a small group of brainy cool guys--definitely the kind you’d like to see your child hang out with.  Yet the facts speak for themselves: once off school grounds these boys barely utter a word, even to one another, and, except for sports’ practices, do not leave the house. These days, where means of communication are abundant, such a major lacuna in “reaching out” is nothing less than shocking.  Pummeling might just be as good as it gets.

While both of my sons (and this issue pertains to the younger one as well) have many good friends, the multiple indications that they don't really know how to talk to them, except on the most superficial level, is alarming; alarming, but not surprising, as most of their off-campus communication is restricted to Facebook chats. When conversation does occur it comes out in the stunted form of updates, short and to the point; prompted by some kind of need, say, obtaining a missing homework assignment. The common teen pipeline, the cellular phone, is relatively defunct in my household. Neither of my boys takes his to school and it’s most likely that when I actually want them to have them accessible, they can’t remember where they last saw them. Off campus “get-togethers” are few and far between. Obviously too old for “play dates” I definitely expect there to be some attempt, of the likes we see between my eleven year old daughter and her friends, to “hang out.” Nevertheless, I can count on one hand the number of times my sons have each had a friend over, or gone to visit one, over the course of the past school year!
None of this should come as a surprise to me in a world where one can let someone know about something cool they saw or read with the simple click of a button. The attraction of this new push-button sharing was emphasized a few weeks ago with Google’s new +1 feature, a direct challenge to that ultra positive, thumbs-up, LIKE popularized by Facebook. Writing for Slate, Farhad Manjoo writes about how features such as these add to the overwhelming attraction and popularity of social networks, enabling us to connect with our friends electronically, either directly through chatting, or indirectly by letting them know about things we’ve read or done or seen.
As an extraneous part of life, something we are able to glance at, and move on from, these social networks actually serve as a nice, sometimes informative, distraction. Anyone that knows me knows that I definitely enjoy the connectability enabled by Facebook. But the ability of these networks to mask as actual social interaction is disturbing. As the mother of three Facebook users I wonder whether the potential to update and connect, in a brief manner, to maintain a tenuous tie with humanity while shuttered behind closed doors, hinders the development of important communication skills, including conversations longer than two sentences, sharing a room with one or a group of others, relating to people as physical entities instead of bytes and bottom line: negotiating real life in real time--live and on stage. Manjoo also expresses concern about what all of this “friending, liking, and sharing“ might amount to and states that “readers often complain that Facebook in particular and social networking in general, detracts from real-life relationships.“
It’s amazing that we’ve all just closed our eyes and accepted the concept that checking in, writing tidbits and reading up on other people via Facebook, or any other of the many networks popular these days, counts as actual “social activity”. One recent conversation between me and my younger son, wherein I expressed my concern that he had made no attempt to meet with friends, of which, to date, he still has many, provoked the defense: “But Mom, don’t you see how much we chat on Facebook?” My silent answer was “Yes, I see exactly how frequently. I also see what is written in those chats, and this makes me worry even more!”
If social interaction is primarily limited to brief, faceless blurbs in the place of actual, in the flesh, conversations, how will these kids be able to come to grips with the difficult and sometimes devastating things that they will most certainly confront later in life? Shielded from having to share space, from dealing with both peaks and lulls in conversation, from negotiating the ups and downs of human relationships which occur naturally within extended phone calls or get-togethers, how will they ever be able to find a way to express their distress, not to mention someone to express it to?
Whereas hugs (which my children give in abundance) and wrestling holds will go a long way, words, and the ability to use them to express whatever—whenever, are a gift; one that is fading for those whose primary form of day to day communication is limited to short bulletins almost never uttered face to face.  The adoption of a form of selective mutism, one aspect of what I see as the stunted emotional development affected by these social networks, suggests the break-down in these youngsters' capacity for putting their feelings into words so essential to the development and maintenance of deep friendships as well as healing, in difficult times.

One of my greatest challenges as a mother is, in the face of so-called modern technological "advances" in communication, to achieve, year-round, the Shangri-La of personal development achieved by a month of summer camp. Unable to hide behind a screen, to maintain distance and anonymity, given plenty of time to develop conversations beyond the "bulletin" stage, my children have flourished during these annual retreats. An atmosphere where the norm entails constant social interaction, 24/7, face-to-face, sometimes within the four walls of a cabin and sometimes outside in nature, but never negotiated through electronic means, goes the farthest in encouraging profound relationships based on verbal expression and emotional maturity; the perfect antidote for Facebook dumbification or, dare I say, social retardation.
Posted by Caroline Goldberg Igra at 1:15 PM